Testing My Limits at the Duathlon National Championships

Tested the limits big-time. Beautiful city, challenging course, great competition, wonderful time meeting up with old friends and making new ones, and an absolutely fantastic job by USAT, Tim Yount, and the Duathlon Team putting on a top-notch event.

If you can run and ride a bike – make this your goal for 2017. Go to Bend. Test yourself. It will be worth it!

Sunday morning, waiting for my flight home, I met a girl (Kirby Heindel Adlam) whose 2nd duathlon EVER was the world championships in Spain. Now THAT is incredibly inspiring. Nothing ventured, nothing gained.

The opportunity is yours for the taking – why not seize it with both hands!?!?!

I am thankful beyond words for my husband, Jeffery M Sass (most of you know as Elvis), who is my constant support and cheered tirelessly all day for everyone out there competing; for my family who watched the children so we could pursue this adventure; my awesome coach (Suzanne Atkinson) of Steel City Endurance who has put up with multiple texts and questions and always has the right answer; to Raceday Transport (goracedaytransport.com) who got my bike from Spain to Bend so all I had to do was show up at the event and my bike was ready to ride (I cannot even begin to say what a fantastic job they do, definitely worth checking out!);

Bobby McGee – what I learned from him in running was all that got me through that second race (whew!); UCAN nutrition also saved me for that second race, Lynn Greer for the awesome new race suit/helmet/shoes/all my biking needs; to John Lines for all the support and encouragement; and to ALL of you who cheered from near and far – you keep me going!!!! Thank you, thank you, THANK YOU!!!!!!!! 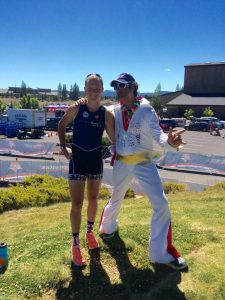 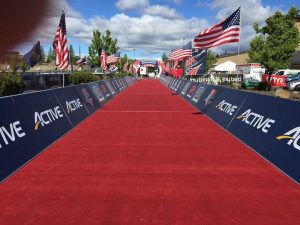 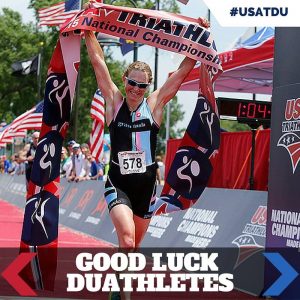 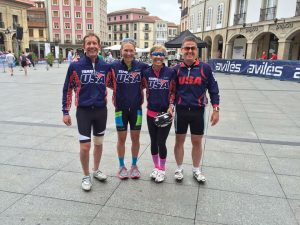