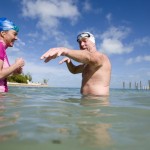 Please don’t miss this rare opportunity to be coached directly by Terry, even if for a brief period of time. Terry is a dynamic coach & presenter in demand around the world and we are blessed that he is eager to visit us in Pittsburgh for a long weekend. Register now and reserve your spot in the clinics

Sunday 9-11AM Olympic Swim & Health Club Note the Updated Location!  This is in Penn Hills, PA, not Carnegie Mellon University. The Saturday clinic will still be held at CMU.  Easy Speed. A 2 hour pool clinic led by Terry to put you on the path from efficient to expert in freestyle. Limited Registration Spots! Cost $100/$90 for registered participants of the Pittsburgh Triathlon 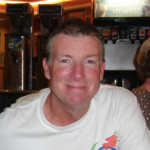 Terry Laughlin came from humble beginnings as a competitive swimmer in his youth to international recognition as a coach, and finally to ‘elite’ status as a Masters swimmer. His coaching career was marked by striking success from the very beginning. Terry began coaching at the US Merchant Marine Academy, in 1972 at age 21 (the youngest head coach in the NCAA.) He was named Coach of the Year in NY’s Met College Conference his first season. Terry produced NCAA All-Americans for three consecutive years at Kings Point, and an NCAA Div III champion (the first ever at the Academy) in his third season, still only 23 years of age. Over 16 years Terry lifted four different teams to national accomplishment, producing national champions at each stop–including NCAA Men and Women, National YMCA, and USA Swimming National Junior and National Age Group champions – a total of 25 national champions in all. Since 1989, Terry has devoted himself exclusively to working with adults, when he conducted his first swim clinics for masters swimmers, and subsequently, Triathletes. Out of these initial clinics Total Immersion was born.

About Friends of the Riverfront

Founded in 1991, Friends of the Riverfront is dedicated to the development, expansion, promotion, and stewardship of the Three Rivers Water Trail and Three Rivers Heritage Trail in the Pittsburgh region.

The twenty-one year old membership-based nonprofit is committed to increasing awareness and engagement with the Pittsburgh region’s rivers and riverfronts through activities, stewardship and expansion of water and land trails. Friends of the Riverfront works tirelessly throughout Allegheny County to reconnect communities with their rivers and riverfronts, and is the water trail manager of the Three Rivers Water Trail, a network of non-motorized craft access points in the Pittsburgh region. The organization has been instrumental in the development and stewardship of the Three Rivers Heritage Trail — a dedicated biking, hiking, and walking trail around Pittsburgh. Extending over 22 miles along both sides of the Allegheny, Monongahela and Ohio Rivers, it is an almost complete public route for cyclists, walkers, runners, and in some places rollerbladers. Additional mileage is planned, including continuation along the Allegheny River as part of the Erie to Pittsburgh Trail Alliance. Once a year, Friends of the Riverfront highlights use of both trails by hosting the Pittsburgh Triathlon & Adventure Race, more information can be obtained by visiting www.pittsburghtriathlon.com.