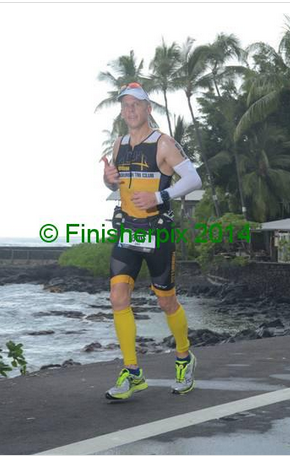 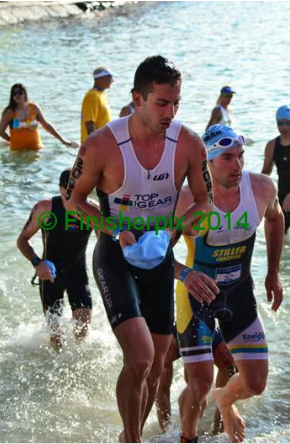 We can learn a lot from elite and professional triathletes by simply observing what they do.  Sometimes you may not know exactly what to look for in order to emulate and improve your skills.  I took some of the guesswork out of this for you by grabbing some screenshots of a recent open water swimming video posted on YouTube by Chris Leito.   The clarity of the water in Kona provides a fantastic opportunity to study the strokes of those who have worked hard to get to the Ironman World Championships in October.

Watch this sequence of still shots where you can clearly see the same excellent swimming technique that we teach in Total Immersion swimming programs.  These fundamentals are key…if you can get a video of yourself or a partner to watch you, see if you can match these three swimming ‘checkpoints’.   Can you get a ‘stroke score’ of three out of three?

In this still shot you can see several things going on, the most important being that his lead arm remains on a wide track, and waits there while he ‘cultivates’ his grip on the water. In the side view at nearly the same point in the stroke, you can see his palm ‘searching’ for a solid feel, and waiting until the momentum of moving forward creates solid leverage in his stroke. 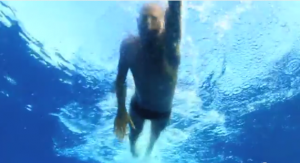 Side view at same moment in the stroke. Visualize the lead arm still remaining on a wide track here as shown above. 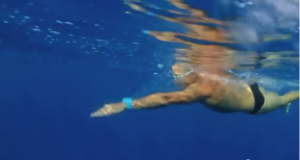 Here we see Chris’ left arm having just entered the water, and his right arm is still in the front part of the stroke. Both arms remain (mostly)  on wide tracks.   Front quadrant timing has a range of variations that you can see displayed be different swimmers, and you should experiment with the amount of overlap, or when you begin your stroke.  You’ll find that at different speeds, your stroke timing may change in order to maintain a fluid stroke and minimize slowing down between strokes.

The same moment in the stroke viewed from the side.  Notice the tips of Chris’ left fingers just entering the water, and the position of the right arm still in the front quadrant. (Arm is still in front of the shoulders or head). When viewed at this moment in the stroke, you can see how the arms “trade places” in the front quadrant, assisted by body rotation. You can read more about how to develop an “Early Vertical Forearm” without strain on “When to catch the water”. 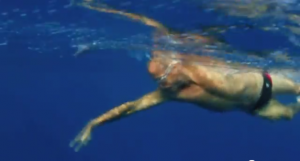 As he finishes his stroke and begins the right arm recovery the legs remain streamlined behind him. At this point in many swimmers strokes, they experience some lateral instability and the legs will compensate for balance by ‘scissoring’.  As you look at the image below, visualize how this feels in the water. What muscles do you need to activate to keep legs streamlined? What soft tissue structures need to be mobile to allow this to happen? Finally, even though they are out of the frame, where do you visualize his arms being? What arm positions will allow this streamlining to take place while maintaining the flow of the stroke ? 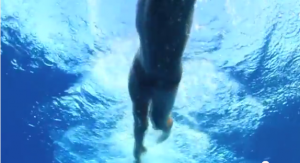 So does Chris have the perfect stroke? No, but everyone will always have things to improve upon, even Michael Phelps.*  If I were Chris’ stroke technician, there are a handful of things that we would work on, but this article is intended to highlight the elements of good triathlon swimming that we should be trying to emulate.

Total Immersion Coaches have a keen eye and an effective methods of teaching you how to incorporate these elements into your swimming. If you are looking for a good coach, look for a Total Immersion certification or a good recommendation from a technically sound swimmer on a good coach.  Feel free to contact me to arrange private lessons or a full video session for yourself or your group. (I travel to teach clinics as well, contact me for fees)