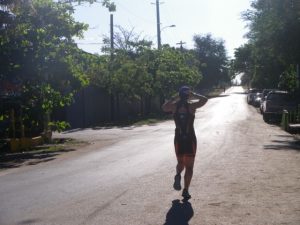 i Taught a swim lesson tonight and was able to get in a few hundred yards before, during & after the lesson.

Tonight I decided to do a stroke counting set of trying to start at 16 strokes and increase by 1 with each 25.

By mere fact of trying to attain a specific stroke count, which gave purpose to my swim, I suddenly felt connected and smooth in the water.  My first 25 was 15 strokes!  I tried to increase the tempo just a hair and hit 15 strokes again.  3rd 25 was 17 strokes and the 4th was 18.