What I learned about Swimming from Muhammed Ali 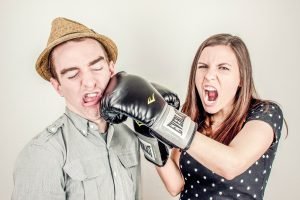 Image by Ryan McGuire from Pixabay

Last weekend I participated as a guest coach with Dinah Mistillis of Discovery Aquatics to help teach a two – day swim clinic.   Dinah asked me to lead a 15 minute talk that was a condensed version of my  “Every Day Skills for World Champions” talk that I gave in Minneapolis as  keynote speech for the Total Immersion Coaches Summit in May.

For this open water clinic I chose three key skills to share with the dozen swimmers present on Sunday. My first key skill was “Plan a Map to Your Success.”  In order to plan your way to success in swimming or triathlon, you need to know of course where you are now, and where you want to go.

In the context of open water swimming, recognition of problem areas might included open water anxiety, difficulty swimming in a wetsuit, trouble sighting in open water,  that pesky left hand that smacks the water…this list can get really long!  It’s easy at this point for swimmers to feel overwhelmed.

The reality is that each of these skill and mindfulness issues takes time to address.  While Dinah and I were discussing this, she shared a quote with me…eerily this was the day before Muhammed Ali passed away.

It isn’t the mountains ahead to climb that wear you out; it’s the pebble in your shoe.
Muhammed Ali

In these swim camps and workshops, we typically have a set order of skills to present to our athletes, and we present them in a logical building order that allows each skill to build on the next.  But even if the athlete is 95% competent in a foundational skill such as head position, for example, the review allow that athlete to find any pebbles or grains of sand that may be interfering with a better execution.

There are probably bigger pebbles or grains of sand as well, and at some point, the pebbles become rocks or boulders which are simply too big to be addressed in one lesson, one trip to the pool, and at times, even one training block or season.

I used this quote in our clinic and it was well received, and then I investigated the origin of the quote.  It was used by Muhammed Ali, but it also appeared in military literature 50 years prior to his use of it.

An early appearance of this quote also included several other inspirational admonitions alongside of it:

It isn’t the mountain ahead that wears you out; it is the grain of sand in your shoe.

Back up your ideas with courage that will not back down, and there will be no way too long, no road too rough.

The reason most men and women do not accomplish more is that they do not attempt more.

My takeaway from this quote parallels what I’ve learned in my own journey of becoming a better swimmer, triathlete and coach:  be courageous and one by one you’ll remove every obstacle in your way.  It doesn’t matter how long it takes, or how difficult it seems, you and I have the skills and tools we need to improve bit by bit…one pebble out of the way a ta time.  We can accomplish far more not only as triathletes, but as individuals than we think we can because we often don’t even attempt to do something more.